It's not too late to achieve acne-clear confidence. Deal with acne the right way.

Inflammation of the oil glands results in a common skin condition called acne. It leads to spots and pimples on the face and and even appears on other parts of the body such as shoulders, back, neck, chest, and upper arms. It is a widely known myth that acne only affects teenagers. However, it's far from the truth. In fact, acne can also occur during adulthood, particularly when your hormones are in flux.

What happens is that androgens (the male hormones present in both sexes) trigger your oil glands causing increase in sebum production leading to buildup of sebum in your hair follicles, where it mixes with dead skin cells. Whiteheads, blackheads, pimples, cysts, and nodules are all types of acne. And though they aren’t dangerous, they can leave scars on your skin if left untreated.

Acne usually occurs on a person’s face, because that’s the part of your skin that has the most oil glands. However, it can also present on your upper chest and back. There’s no real way to avoid it either, as 80 percent of acne cases are attributed to genetics, though your diet and exposure to the sun also play a part, as do your hormones. There are however ways to lessen the impact of acne on your skin and to treat it once it appears.

The diagnosis of acne is based on the history and physical examination. Lesions most commonly develop in areas with the greatest concentration of sebaceous glands, which include the face, neck, chest, upper arms, and back.

Non-inflammatory acne includes blackheads and whiteheads. You’ve probably had at least a few of these at one time or another. They normally don’t cause swelling, and are also fairly easy to deal with using over-the-counter treatments.

Salicylic acid is one that’s often marketed for general acne treatment, but you need to know that it works best for noninflammatory acne. It helps exfoliate your skin, removing dead cells that clog your hair follicles and lead to blackheads and whiteheads. If you have the other kind of acne though, you’re likely going to need different treatment.

Blackheads (open comedones) A blackhead is what you get when one of your pores is clogged by a combination of sebum and dead skin cells. In this case, the lower part of the pore is blocked but the top stays open, sort of like the mouth of a volcano. This results in the characteristic black look that gives it its name.

Whiteheads (closed comedones) Whiteheads also form the same way blackheads do, but they look different. Instead of the top staying open, it closes up in a convex fashion, forming a little protruding white bump. Hence the name. Whiteheads are also more difficult to deal with than blackheads because the pore is closed, so compounds may not reach the blockage. Salicylic acid-based treatments are particularly good in this case, as are retinoid creams, both available over the counter.

You can however also get acne that appears as red or swollen bumps on your skin. This is inflammatory acne. Though formed from the same blockages as its noninflammatory cousin, this kind of acne also has bacteria playing a role.

When the pore becomes clogged, the bacteria in your skin can build up beneath the surface, causing a minor infection. When that happens, it swells and turns an angry red, though there are different variants of this too.

Papules are tiny, raised bumps on the skin. They developed from excess oil and skin cells clogging a pore. Papules have no visible pus.

Pustules also form when the walls around your pores break down. Unlike papules however, these are filled with pus, and often show white or yellow heads.

Nodules are when your clogged pores become infected further, beyond the initial acne stage. When this happens, they grow larger and more painful, extending deep beneath the skin. Because they’re so deep, they’ll need prescription medication to treat.

Cysts are what happen when your hair follicles are clogged by a combination of bacteria, sebum, and dead skin cells. These blockages are also deep beneath the skin, like nodules, but look like large white or red bumps, often very painful to the touch. This is the largest kind of acne, and is caused by a very severe bacterial infection. And just so you know, these are the worst kind of acne to try popping, because they’re already most likely to scar.

There are two types of treatment available for acne. One of these is topical therapy which is the standard of care for mild to moderate acne. Such treatments are active at application sites, and they can prevent new lesions.

Oral treatment, the second available treatment for acne focuses more on resolving the concern from the inside. This treatment is for moderate to severe acne. When topical treatments did not meet desired outcomes, people resort to oral solutions which are prescribed by dermatologists. 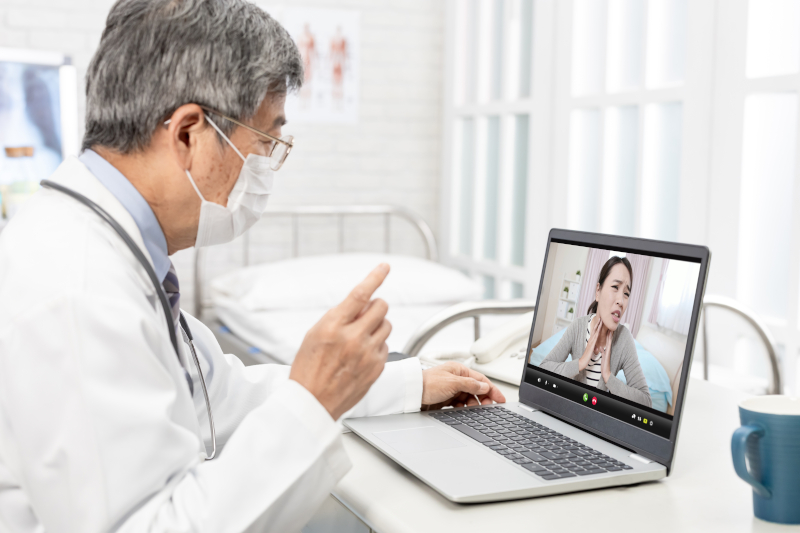 Find the doctor near you.