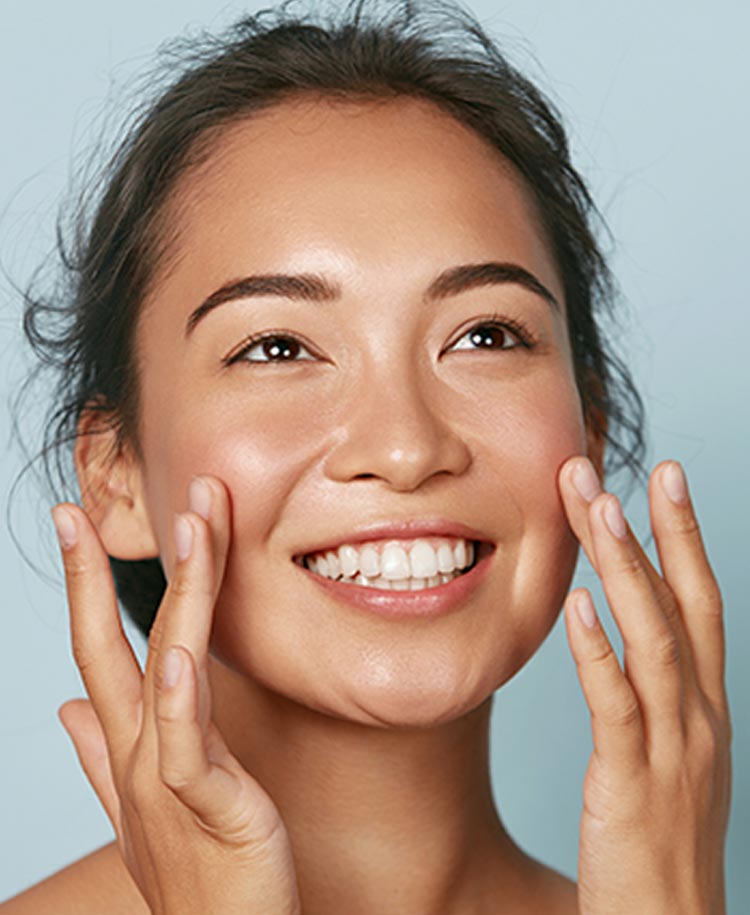 Melasma is a common skin problem, though you may not have heard of it. It appears as dark discolored patches on your skin. It can affect anyone and much more common in women than men, with 90 percent of people suffering from it being female. This is especially true for women of Asian, African, and Hispanic descent.

Melasma also often affects pregnant women, which is why it’s called the “mask of pregnancy” or Chloasma. Though a person’s genetic predisposition may be an underlying cause, it’s believed that your exposure to sun, skin irritation, and hormonal changes also play a big part.

Epidermal Melasma affects the topmost layer of skin, with the hyperpigmentation appearing as brown patches with well-defined borders. This is the most common type of melasma and the most responsive to treatment. Dermal Melasma meanwhile affects the deeper-residing dermis, with patches appearing blue-gray. It’s harder to treat because the pigment resides deeper in the skin. Lastly, Mixed Melasma is a combination of both previous types, where the patches show up as brown-gray pigmentation.

Melasma patches present in (and are also defined by) three general locations.

Malar Melasma meanwhile has patches appearing on your upper cheeks, specifically around your cheekbones.

Mandibular Melasma is characterized by dark patches on your jawline.

Similar but not the same
Because melasma presents as patchy hyperpigmentation, it can often be confused with other pigment-related skin disorders. However, knowing the difference is key when it comes to both diagnosis and treatment.

Take Vitiligo for instance. Though it’s also a skin condition condition, it’s related to the absence of melanin in patches of the skin, where melasma is instead about too much melanin. Additionally, though melasma seems to be genetically linked, it’s triggered by other factors like sun and hormonal changes. Vitiligo on the other hand is hereditary, and present in a person from birth. It also appears as whiter patches all across the body.

Even more similar to melasma however are freckles. These are when a person has spots all over their face, and sometimes all over their body. It’s also hereditary, like vitiligo, but is like melasma in that it’s caused by an overproduction of melanin. Freckles however affect people of lighter-skinned ancestry, in the US and Europe. Though present from childhood, they can be triggered by the UV rays in sunlight, progressively getting darker over their summers and lighter in the winter months.

Treatment
The biggest thing to remember here is that you need to care for your skin when you have melasma. Try to minimize your sun exposure with appropriate clothing, as well as hats and sunglasses, and stay far away from skin irritants like exfoliants, bleaching agents, and chemical peels. These might only make things worse. Instead, you’re better off opting for oral treatment with ingredients like Procyanidin, Ascorbic acid, Betacarotene, and D-alpha-Tocopheryl acetate. 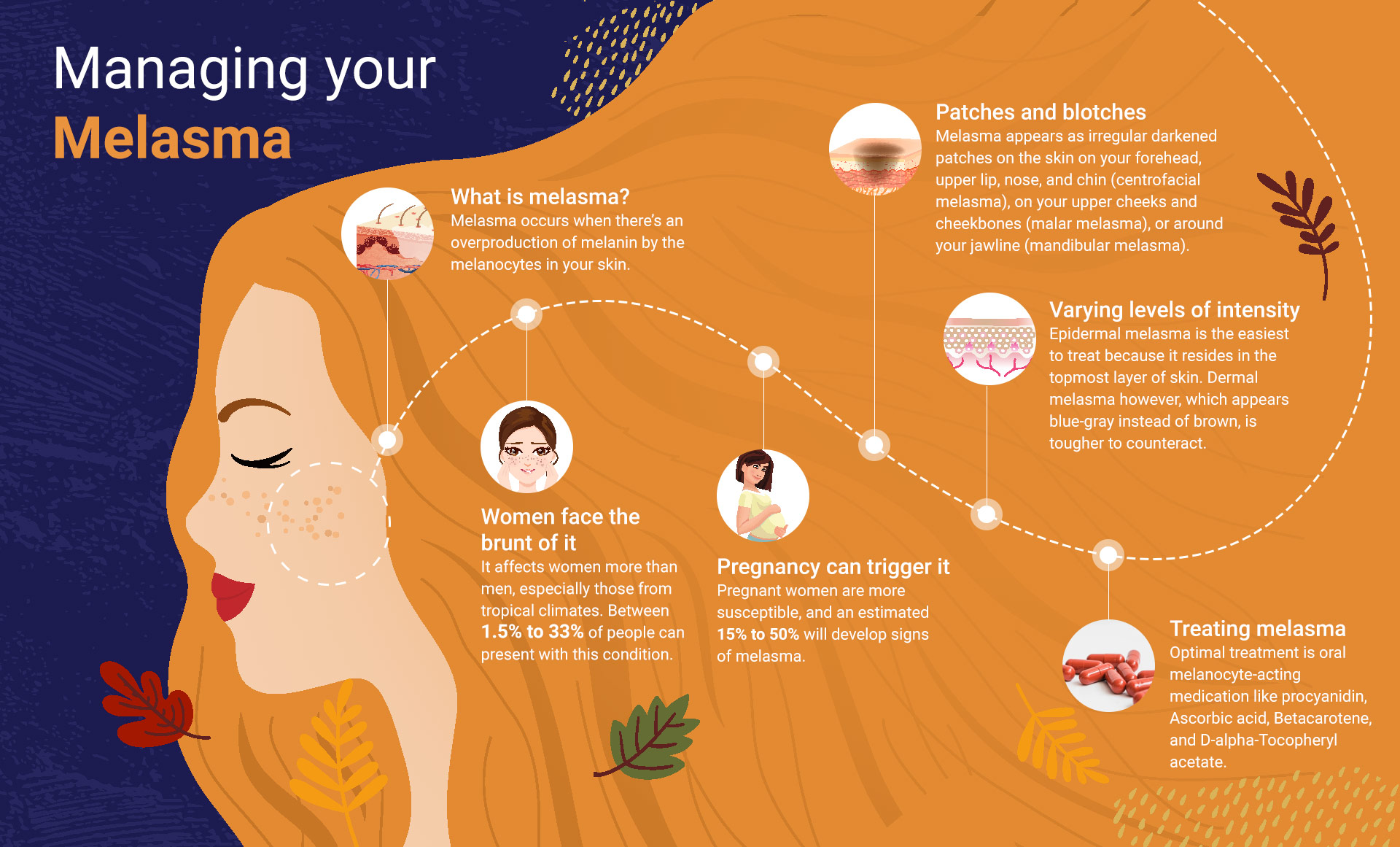 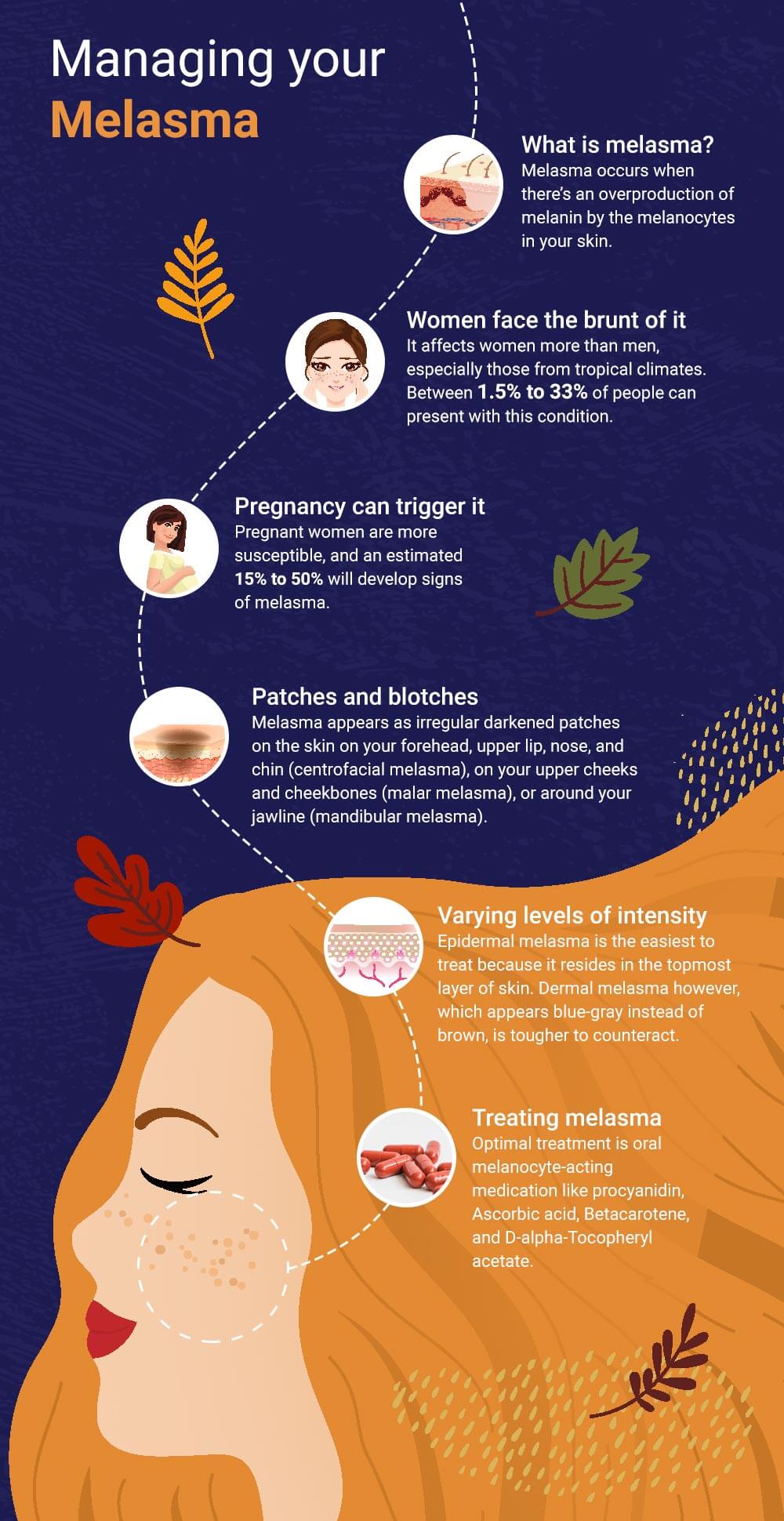