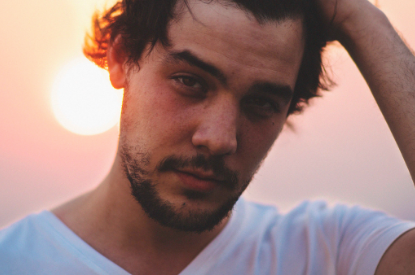 Melasma In Men: A Growing Concern

Skin patches of discoloration on the face and arms, also known as melasma, are commonly seen in women. Called the “mask of pregnancy”, the skin disorder is characterized by the appearance of light brown, dark brown, or blue-gray patches on the skin.

Melasma is a common skin disorder characterized by the presence of irregular, symmetrical, light to dark brown hyperpigmentation on the skin, primarily on the face. The most common areas affected are the forehead, bridge of the nose, cheeks, and upper lip. However, it can also occur in the other parts of the body, particularly those often exposed to sunlight. These include the neck, shoulders, and forearms.

Melasma in women has been studied in-depth and there is a multitude of studies about it. On the other hand, there are a few studies tackling melasma in men. Though there are certain differences in the causes, clinical manifestations, and treatment of melasma, its occurrence in men needs to be studied, too.

This article aims to shed light on the prevalence, clinical and etiological aspects, and comparison of melasma in men.

How prevalent is melasma in men?

Though there are limited studies about it, there are some studies that tackled the prevalence of melasma in men.

The prevalence of melasma is unclear among the general population, including men and women. This may be due to underreporting by patients since they do not have symptoms or they opt for over-the-counter (OTC) products rather than consulting with a dermatologist.

However, the global prevalence of melasma varies according to skin type, ethnicity, and level of sun exposure. A study by researchers at the Department of Dermatology, Maulana Azad Medical College in New Delhi, India reported that melasma is more common in Asians, Hispanics, and African Americans than in Caucasians.

Another study conducted in Midnapore Medical College, West Bengal, India, reported that melasma accounts for 0.25 to 4 percent of the patients who visited dermatology clinics in Southeast Asia, and it is the most common pigment disorder in India. The researchers added that though women are predominantly affected, melasma in men also occurs, accounting for 10 percent of the cases.

Clinical manifestations of melasma in men

Melasma is less commonly reported in men, but it negatively impacts the quality of life in men as much as it affects women. Studying the various clinical, etiological, and treatment aspects of melasma in men is important to help educate patients on the causes, prevention, and treatment methods of melasma.

The exact cause or etiology of melasma is not known. But, the most common factors tied to its appearance include hormonal changes, genetics, and sun exposure. Some of the less common causes include food, thyroid diseases, parasitic infections, stress, cosmetics, and photosensitizing drugs.

The clinical manifestations of melasma in men are similar in women, but with a few differences.

The malar pattern is the most common type in men, representing 44.1 to 61 percent of male patients. This is followed by the centrofacial pattern. Some cases of melasma in men were reported to appear in other parts of the body, such as the neck and forearms.

Further, the epidermal pattern, characterized by the accentuation of pigmentation, was more common in men, ranging from 48.4 to 68.3 percent. Epidermal melasma means melanin or skin pigment is located in the more superficial layers of the skin known as the epidermis.

Comparing melasma in men and women

Men present with melasma, too, but there are distinguishing factors compared with women.

In the study mentioned earlier in the article, the researchers collected data from an extensive literature search from the databases Pubmed and Cochrane Library. They noted that the most common aggravating factors of melasma in men are sunlight exposure, followed by the application of mustard oil, family history of melasma, a history of chronic illness like inflammatory bowel disease, thyroid disease, and post-typhoid fever, and the use of phenytoin, an anti-seizure medication.

In comparison, the most common aggravating factors of melasma are pregnancy, followed by the application of mustard oil, sunlight exposure, history of chronic illness, family history of melasma, and hormonal changes.

The age of onset for both men and women are similar - 33 and 35 years old, respectively.

Some people might assume that male patients are not as bothered by melasma as women are. However, men should consult with a dermatologist as soon as patches appear. This way, prompt and proper treatment can be implemented.

Also, prevention is better than cure. Raising awareness of the common causes of melasma in men can help in preventing activities that can trigger the skin condition. Since sun exposure is the most common cause of melasma in men, helping them reduce the effects of ultraviolet sun rays can prevent melasma formation.

Melasma has been traditionally known to be a skin disorder rampant in women. Men may be reluctant to consult with an expert, but doctors should consider individualized patient needs.

Patients with melasma can benefit from various treatment options. Though hard to treat, this skin condition responds to continuous treatment under the supervision of a dermatologist. Some of the most common treatment options include topical therapy using tyrosinase inhibitors to prevent pigment formation. Other topical treatments are azelaic acid, cysteamine, hydrocortisone, hydroquinone, methimazole, soybean extract, and tranexamic acid.

Procyanidin is also an effective anti-inflammatory. A notable treatment for melasma that contains Procyanidin is Pynocare, which reduces the size and intensity of irregular pigmentation. Moreover, it helps improve skin smoothness and elasticity. Aside from Procyanidine, it also contains potent antioxidants like vitamin C, A, and E.

Melasma can affect anyone from all walks of life, including men. It is important to know that melasma in men is treatable and preventable. Apart from preventing sun exposure and using sunscreen regularly, it is important to visit your dermatologist for routine checkups. This way, proper management can be implemented to prevent the skin condition to worsen.